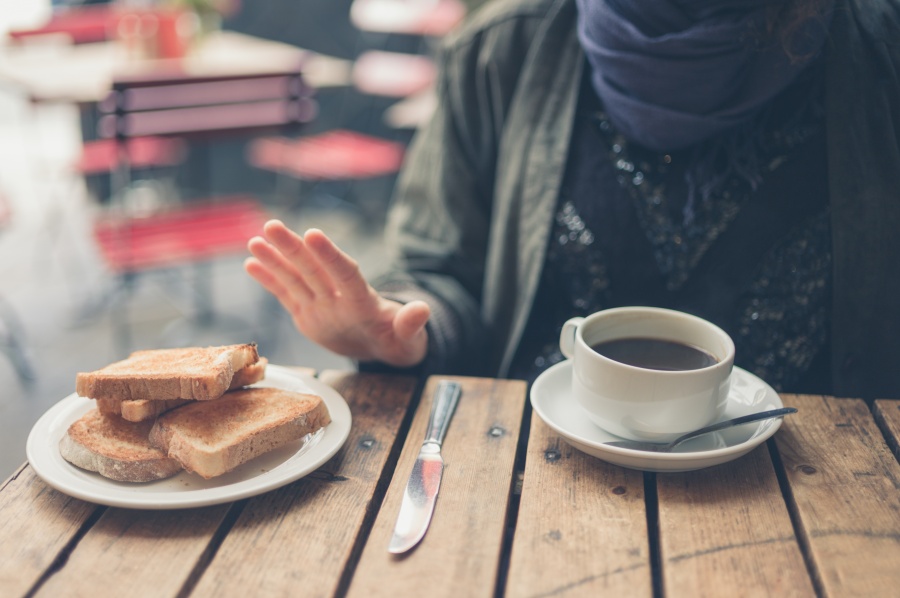 I worked as a waitress for four years in three different restaurants. Every now and then I would encounter people who were gluten-free. Aside from knowing to ask whether they were gluten free due to a preference or an allergy, I was pretty ignorant about the topic. Like most people, I thought that people who just preferred to be gluten-free were doing so to have one more special restriction to their diet.

Little did I know that I would become one of those gluten-free people.

I have had issues with anxiety for roughly four years. I had good days and bad days; some days I would just feel a tad jittery, and some days I would have a full-fledged panic attack in the middle of my kitchen while trying to unload the dishwasher. I consumed a standard American diet:  I typically skipped breakfast and ate lunches and dinners consisting of sugary, high carb “foods” and bad-fats.

I never connected my diet to my anxiety issues.

I took time to deal with my issues on a spiritual level as well as a physical one, and eventually I became one of the gluten-free people I so detested before.  I noticed a huge difference when I made the change.

Within ten minutes of speaking with Lee Ann Foster of Memphis Neurofeedback, she told me how my diet needed to change. I was somewhat reluctant to give up having gluten-filled pizza and deli sandwiches, but I was at my wit’s ends and decided to be open and make the switch.

And let me tell you what happened!

I started feeling like a completely new person. I was no longer was as tired throughout the day as I had been before going gluten free. That’s right! The residual sleepiness I had been experiencing my entire life was gone. I lost some extra pounds that were bear-hugging my stomach. I also felt like my mind was sharper. Day by day, I was living a life free of panic attacks, anxiety, sluggishness, grogginess, bloated belly, and acne!

How I made the switch

So before, a plate of lush, green kale topped with carrots and tuna would make me want to throw up and probably cry. I would want to shove a slice of greasy pizza in my mouth and crawl up into a big, sappy ball. But I started to see and feel changes after I began investing my hard-earned dollars into foods that my body and brain loved.

I now get excited when I see avocados, carrots, tomatoes, cabbage, blueberries, bananas, dates, kale, beans… (I could literally go on and on about all of the yummy, healthy food I now choose instead of eating pasta).

So in the end…

Every day we have a choice to either consume foods that our body that will hate us for, or love us for. Do you want to feel gross and continue to live in your anxious, distracted, sleepy, or what-have-you life; or do you want to feel rejuvenated, energetic, and happy?

The choice is yours.  Give gluten free, real food a try.

Lee Ann writes, “We see inflammatory markers on clients’ brain maps decrease when they get off the gluten.”

Read more on how people are changing their diets to gluten-free and why. 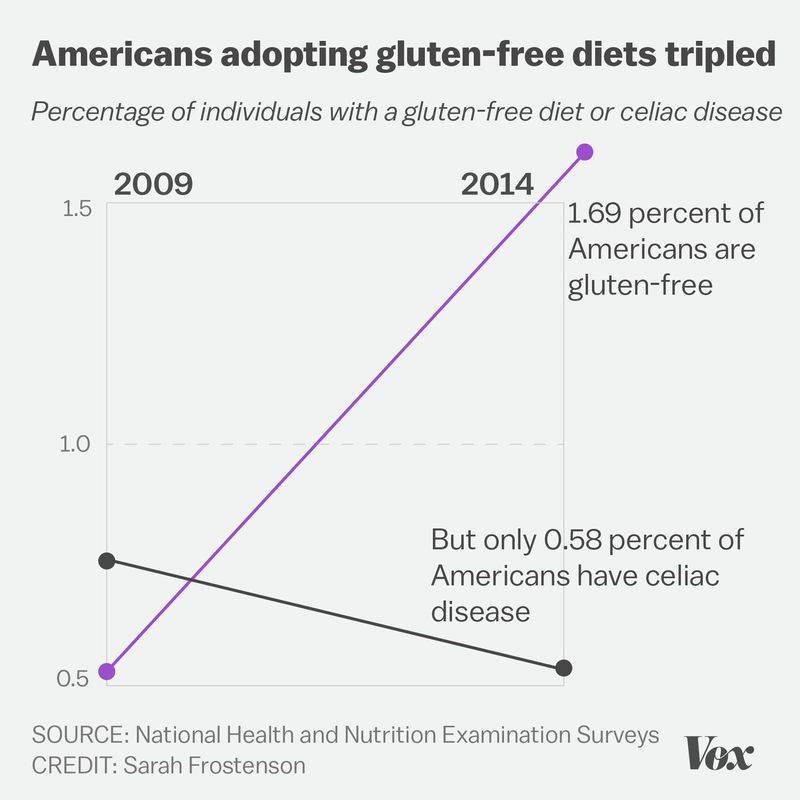 Check out this article written by Sarah Frostenson, published by Vox.